There is no prize for coming eighth but New Zealand can take some comfort from its ranking in the latest Melbourne Mercer Global Pension Index (MMGPI).

According to the 2019 MMGPI report released in October, the New Zealand retirement savings system is OK; we get a B, along with a mixed bag of other nations including Canada, Chile, Ireland, Singapore, Switzerland and some Nordics.

Under the MMGPI classification, a B-system generally “has a sound structure, with many good features, but has some areas for improvement that differentiates it from an A-grade system”.

Only two countries – the Netherlands and Denmark – made the A-grade while, annoyingly, Australia squeaked above New Zealand with a B+.

Overall, MMGPI ranked 37 retirement savings systems using a complicated scoring system that saw results ranging from Thailand’s 39.4 to 81 for the Netherlands out of a possible top score of 100: New Zealand earned 70.1, which was up from 68.5 in the 2018 report (an increase largely due to technical changes in the scoring methodology).

Based on the MMGPI rankings it seems New Zealand is punching above its weight in the global retirement stakes. New Zealand has a better retirement system than many other big-name countries including France, Germany, the UK and the US.

We can relax; we can retire... right? Well not quite yet, according to head of Mercer NZ, Martin Lewington.

“While still above average, our retirement system has achieved a C+ grade for sustainability,” Lewington said in a statement. “Clearly more needs to be done to address this so that we can have a retirement system that is fit for the future.”

Further to this New Zealand earned an A for integrity and a solid B in the adequacy stakes. Those two MMGPI findings suggest our retirement system is fundamentally trustworthy and provides retirees with enough income, for now at least.

However, the sustainability measure – the most forward-looking metric in the statistical toolbox – indicates a not-so-bright future awaits the New Zealand retirement system. The MMGPI survey awards us just a C+.

While the low sustainability score might make for uncomfortable reading it should not really come as a surprise. Governments, policymakers and financial industry experts have long been aware of New Zealand’s looming squeeze on retirement costs wrought by our aging population. The sustainability risk applies to both government budgets (as pension and health costs rise) and individuals, who may struggle to stretch their savings over a longer-than-expected retirement period.

Concerns about the sustainability of our retirement income system have triggered major policy initiatives over the last 10 to 15 years, including: 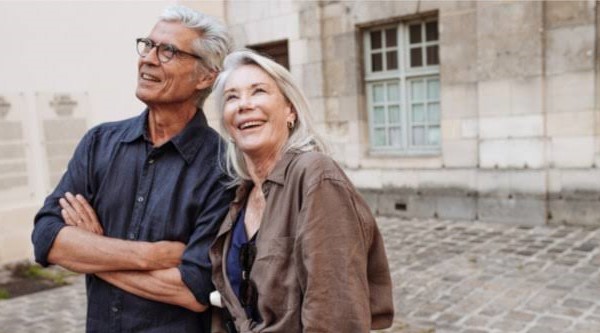 The perceived need to further future proof the retirement system is also behind the on-again-off-again debate about raising the pension age and the constant tinkering with KiwiSaver settings.

Currently, two significant retirement reform proposals are wending their way through the political system: a review of the KiwiSaver default scheme rules; and, the latest Commission for Financial Capability (CFFC) review of retirement income policies.

Both the KiwiSaver and CFFC reviews contain proposals, most of which are directed at the sustainability question. For example, KiwiSaver default funds could be forced to invest much more in ‘riskier’ assets such as shares following the review - under the assumption that members would grow more savings over the long term with this strategy and enjoy better retirement lifestyles.

The CFFC review has also suggested KiwiSaver members be allowed to withdraw funds to buy investment properties. Also, the CFFC floated the idea of the so-called ‘KiwiSpend’ that would default retirees KiwiSaver balance into a Government-owned Annuity.

New Zealand was probably downgraded most in the MMGPI due to a mix of low overall retirement savings and lack of post-retirement product choice. Of the eight questions that fed into the sustainability score, New Zealand scored only two out a potential 10 for the level of retirement savings (including “pension insurance contracts” such as the Lifetime Income product) relative to GDP.

The country rated highly in four out of the eight factors behind the MMGPI sustainability score, especially as measured by the proportion of people in savings schemes (thanks to KiwiSaver) and the high labour participation rate of those close to or already in retirement.

As the eighth-best retirement income system in the world, New Zealand is obviously doing some things right but the MMGPI lists four actions that might improve its status: increasing KiwiSaver contribution rates; expanding KiwiSaver membership – to the self-employed, for example; increasing household savings and reducing debt; and, “increasing the focus on income streams instead of lump sums”.

Other jurisdictions might offer New Zealand clues in how to achieve those goals.

“The primary objective of this research is to benchmark global retirement income systems so we can learn from each other and thereby improve our systems and generate better outcomes for present and future retirees,” the MMGPI report says.

If the MMGPI is right, there is no competition to design the best retirement system in the world, just a prize we can all win.