Will your retirement be put on hold?

There’s a hole in the global retirement savings bucket... and it’s getting bigger, according to the World Economic Forum (WEF).

In a new study covering eight of the world’s largest pension systems, the WEF measured the total money shortfall to fund adequate retirement in those jurisdictions at US$70 trillion in 2015.

By 2050 that retirement savings gap will blow out to US$400 trillion based on current trends, the WEF says.

While New Zealand isn’t included in the gap analysis, the WEF findings serve as a reasonable proxy for the rest of the developed world, which, the report says is facing a number of retirement challenges at the systemic and individual levels.

“With increasing responsibility placed on the individual to prepare for retirement, we have found that most are simply not saving enough,” the WEF paper says.

The question of ‘how much is enough’ will, of course, vary from person to person and between countries. New Zealand, for instance, has one of the most generous universal government pension arrangements in the world that operates as an effective shield against extreme poverty for retirees.

On the flipside, though, New Zealanders have a generally lower level of private savings compared to, say, Australia, where its compulsory superannuation system has accumulated about $3 trillion over 20 plus years.

The WEF report is primarily concerned with encouraging governments everywhere to patch up the private savings hole through a range of measures such as tax incentives and fostering technology-driven financial advice to individuals.

(As an aside, New Zealand has partially addressed the WEF concerns over the last decade through the mildly-incentivised KiwiSaver scheme, creating the Sorted financial guidance website and a recent regulatory exemption allowing so-called ‘robo advice’ services to set up here.)

However, the study also points out that policy-makers must consider the ultimate goal of retirement savings rather than only fretting about the current gap.

“Acknowledging that a large savings balance at the point of retirement does not necessarily lead to a ‘good’ retirement outcome... all other things being equal, a larger balance will be conducive to securing a good outcome,” the WEF report says.

But if a bigger ‘pot’ of money offers a better starting point for a good life in retirement, the study suggests that in most countries retirees are left alone to navigate the tricky post-work financial waters.

Governments need to put more work into understanding “the link between accumulation and decumulation [spending retirement savings]” when building savings systems, according to the WEF. 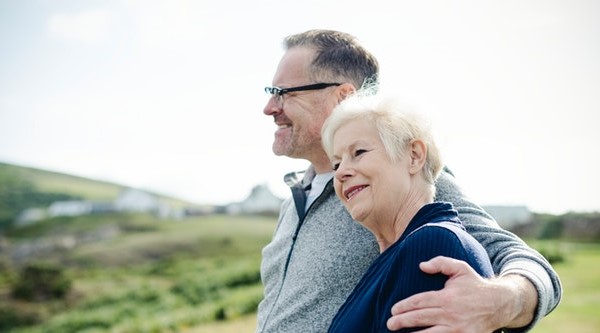 “... the factors that need to be considered for decumulation tend to be far more idiosyncratic for each individual than for accumulation,” the report says. “Individuals will need guidance to bridge the change from working and saving for retirement to actually being in retirement and spending down their savings.”

As discussed above, the New Zealand government-run website Sorted provides a valuable online resource for those seeking simple financial tips across many areas, including retirement.

For a more detailed analysis of individual retirement financial scenarios, the Lifetime Income Group has built a number of sophisticated calculators. Most recently, Lifetime rolled out the Retirement Planning tool to help users understand the balance between investing and spending in retirement.

The Lifetime Retirement Planning calculator also gives retirees some insight into how long their particular savings are likely to last under different scenarios.

And the WEF study identified the risk of running out of money in retirement as one of the biggest – and reasonable – concerns across the eight countries it reviewed.

According to the report, retirees across all pension markets (bar Japan) in the analysis were likely to run out of their private savings money with at least eight to 13 years of life ahead of them. In Japan, the gap shot out to 15 to 20 years.

The WEF estimate was based on the average private savings level in each country and a defined ‘adequate’ retirement lifestyle with no adjustment for variable spending patterns.

Despite the gloomy statistics, the report says decumulation strategies built on the three key principles of ‘adequacy, flexibility and sustainability’ light the way forward for government, industry and individual retirees.

Most people, for example, expect a “guaranteed income stream in retirement in addition to social security” will help answer the adequacy question, the WEF says.

Retirement income strategies also have to be flexible enough to “respond to significant events” such as health emergencies or, on the plus side, a financial windfall such as an inheritance.

Finally, the WEF report says sustaining retirement income should be “viewed as risk management, most significantly against outliving one’s savings”.

“These risks may be mitigated through financial products such as insurance and/or guaranteed investment funds...,” the study says, according to individual needs and risk tolerance.

Solving the global savings gap is beyond the powers of any one person; but, as the WEF study shows, most individuals can probably fix the holes in their own retirement buckets.