Meet the new green party that's neither left or right

The political party that Radio New Zealand’s, MediaWatch declared a non-story earlier this month has now got a new name, launched a crowdfunding website and according to front man, Vernon Tava is signing up ‘hundreds’ of members.

Although Tava was reluctant to qualify just how many hundreds, it seems Sustainable NZ is looking positively sustainable.

“Let me put it this way, I’m very confident that the requirement to have 500 financial members to register a political party will not be a barrier.”

Was Sustainable NZ an obvious name? You didn’t want to stick with the blue-green tag?

“I think anything’s better than that! Sustainable NZ is what it says on the tin in that it expresses the core philosophy of the party. Our focus is first and foremost the environment. Without it, nothing else can work. Our economy, predicated on being clean and green is suffering and our overseas competitors take great delight in pointing that out. As a result, a massive amount of New Zealanders are now putting freshwater at the very top of their list of concerns.”

Don’t we have a Green party already?

“The Green party has other priorities – mostly social issues with a very left wing focus. The fundamental premise of Sustainable NZ is that New Zealanders deserve to have a party that puts the environment first and hasn’t committed to only being in government about half the time.

And the Green Party has had the field to themselves for over 20 years. Surely a bit of competition is good for everybody.”

You’ve had no shortage of media attention in the last few weeks. Do you think you’ve been fairly portrayed by the media?

“There’s certainly been a healthy degree of skepticism for a ‘non-story’ but there’s also been a huge amount of interest. I find it amusing that there’s this idea that the party has just been invented in the last couple of months. I’m not some eccentric millionaire who’s decided that everyone needs to hear what I have to say. I’ve been completely consistent on our message since 2014.”

How do you feel about some commentators suggesting you’re simply a political vehicle for the National Party? Is there a Teal Deal or not?

“I love a good conspiracy theory as much as the next guy but it’s simply not true. If you look back at the record you’ll see I’ve been talking about this idea - a true green party that should be neither left nor right and be able to work with either side – for a very long time.”

But where’s the policy? Are you feeling the pressure?

“We’ve seen plenty of parties where you’re expected to sign up to policies and vision and do as you’re told. We’re at the beginning of an exploratory process. We’ve got a clear vision of what we want to do but these are detailed areas. To have meaningful policy on issues like fresh water and resource management reform it requires a lot of hard work. I can’t just come up with a whole lot of policy and expect 500 people to put money into it. So no, I don’t feel under pressure but I do feel very committed to starting work on it, and very excited by the calibre of people putting themselves forward.” 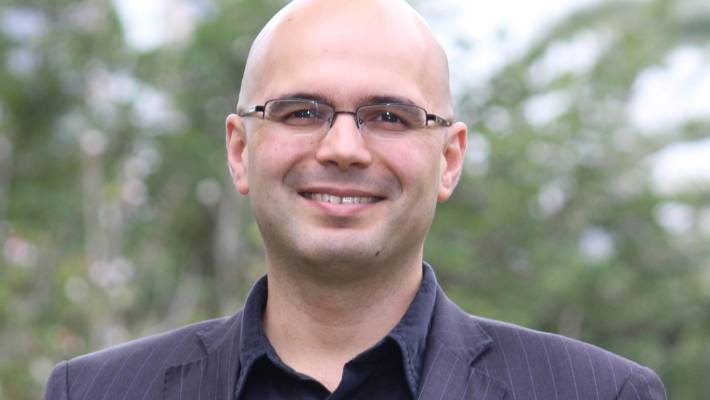 What sort of people are they?

“Some of them are very qualified people working in the fields of environmental science and engineering. They have a deep understanding of the issues but don’t identify as being politically left of Labour.

A lot of people are saying ‘I’m a conservationist but there’s a lot of stuff the Greens wont listen to’. They feel the Greens are hostile to business and mistrustful of science.

Rather than saying any sort of GMO is wrong and we wont even talk about it, let’s bring the science to bear and see where it leads us. And look, we might decide that it’s better not to proceed but let’s at least have a thorough scientific evidence-based look.”

Do you think older New Zealanders will be interested in supporting Sustainable NZ?

“Whenever I go to a beach cleanup, the majority of the people around me are older people. They might not be tweeting about climate change but they’re the ones who turn up to do the practical stuff. They’re also New Zealanders who often don’t share the far left wing identity politics of the Green party. A lot of conservationists are a lot more conservative than the party currently on offer.

Conservation and conservatism are actually two sides of the same coin. To protect, to preserve and conserve. So we will be a party with sustainability at its centre. You can support us and be socially conservative or progressive.

The Green Party says to save the environment we must end capitalism. I profoundly disagree.

I work as a business broker selling businesses. To be sustainable you can’t be hostile to business, you have to talk to them. An anti-capitalist approach is very oppositional and gets in the way of being able to deal with the industries that contribute to our pollution.

The green left approach seems to be all about adding costs and compliance, and sure sometimes that’s unavoidable.

But I’d like to see a plan for weightless growth.”

What does that mean?

“Traditionally any economic growth has come at a clear environmental cost. Make the paper = chop down the trees. Produce the milk = convert to dairy. But increasingly, a lot of our growth and some of our most productive companies, are in high tech. Primarily what they’re selling is intellectual property which has minimal environmental damage.

We can’t just add costs to everything and end industries; we need to provide solutions that we can transition to with a core philosophy for rigorous sustainability.

Innovation and creativity that comes from the private sector is the way we’re going to save ourselves.”

Tell us a couple of things people don’t know about you.

My absolute favourite place to get away to is up North, I particularly love the area around Whangaroa Harbour and Matauri Bay.

I also do a lot of bike riding, in fact I have 4 bikes. I love getting out into nature.”

“Yeah just not in sandals with a long beard trailing behind me." 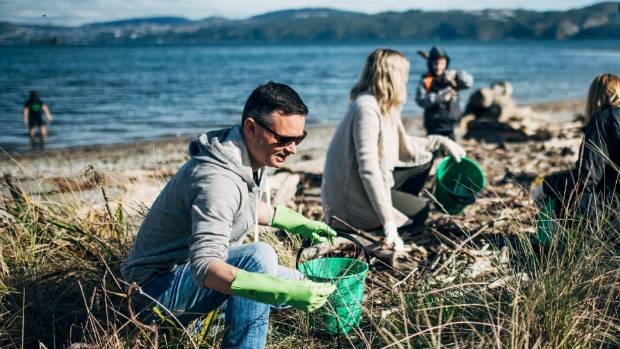