Meet the grandparents raising their grandchildren

In the first part of this special series, we spoke to Kate Bundle, the CEO of Grandparents Raising Grandchildren (GRG) about the nearly 10,000 grandparents in NZ who are raising over 17,000 grandchildren full time. 40% of these grandparents have household incomes less than $30,000 p.a. and support from WINZ is notoriously hard to get.

This time around, we explore the stories behind these statistics, of three women raising their grandchildren full time. Names and any identifying details have been changed to protect them and their families. 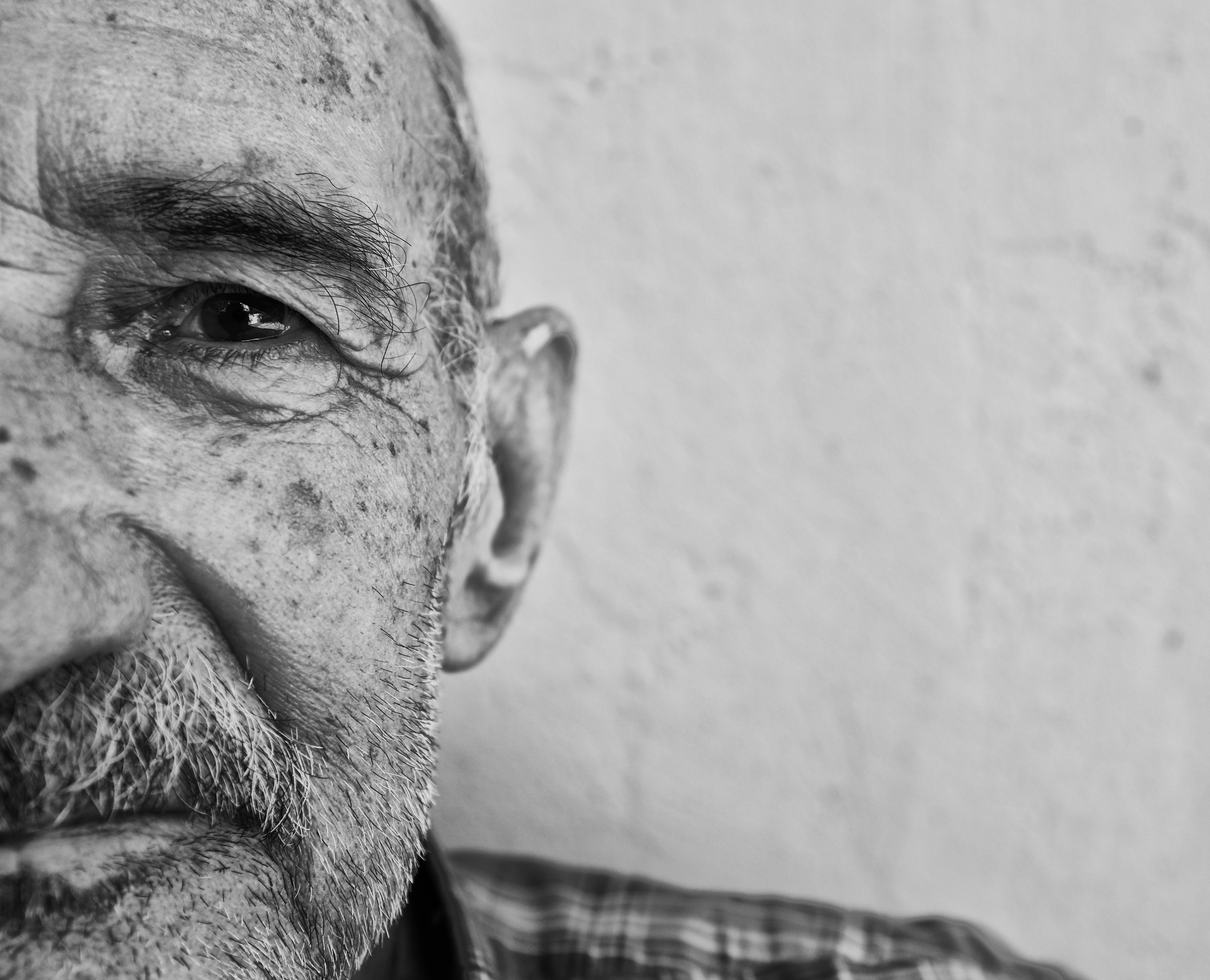 Tracey, 59, raising 2 grandchildren with her husband, 61

Tracey is a relatively young grandmother who had had no previous experience of WINZ until she and her husband stepped up to raise their three grandchildren. At the time they were all under 5 years old.

Her daughter, the children’s mother had become involved with gangs and methamphetamine and Tracey felt she had little choice.

“I could see the sort of people she was affiliating with and so I intervened to protect my grandchildren.”

After one year caring for the children, still working full time and supporting her husband in their own business, Tracey tentatively approached WINZ to see if they could help her with the youngest child’s daycare fees, at that stage aged 2.

“It was costing us $1,000 a month for baby’s daycare and this was starting to take a toll on us financially. But WINZ were so rude and aggressive, I had to tell them in front of other people why I’d had to step up to raise my grandchild and then they didn’t even listen to my story, they just judged me and said “don’t think you can come here and get a benefit, we don’t just hand them out to anybody.”

Tracey went into WINZ unaware of the UCB and although she had been caring for the child for over a year, she was declined.

“The truth is it took a long time for me to build up the courage to even walk in there. I already felt bad enough about my daughter and then to be treated like that and so belittled, I just went home and cried.”

Then Tracey found the Grandparents Raising Grandchildren Trust (GRG) and was told that not only did she qualify for the UCB, but that she was entitled to it for not one, but all three of her grandchildren.

“So I made an appointment and went back in the second time to apply and as soon as I got to the counter, they said, “What are you doing here? We’ve already had a meeting and you’re not entitled to anything.”

I called Tricia my advocate at GRG and she was amazing, she stayed on the phone to support me and it was only after her intervention that it was finally granted. She really helped me to hold my head up.”

Caring full time for her grandchildren was never in Tracey’s life plan.

“We had our own children young and raised them well thinking that when they left home we could have a life of our own but it hasn’t quite worked out that way. My oldest grandchild is pretty challenging, being the oldest she’s learnt her behaviour from what she’s seen.”

Tracey holds out hope that her daughter, currently in prison serving out a 5-year sentence will one day be able to care for her children again.

“She’s acknowledged how difficult it was for us all and is now really grateful that we took the kids.”

Karen, 60, raising one grandson with her husband

Karen and her husband couldn’t have children of their own so decided to adopt two foster children.

“We wanted to give them everything they’d never had.”

The children, a boy and a girl had come from parents who were drug addicts and in and out of jail.

The boy, Karen’s son is now nearly 40, a drug addict and alcoholic and currently in prison. His wife died of cancer and his three children live with her parents.

“I never used to believe that things were born and bred in children but now I think there has to have been something in the genes.”

Karen’s daughter is also a drug addict and an alcoholic and her two children have lived with Karen and her husband for five years.

“We knew that something was wrong. The kids’ father was on drugs too, then they split up and she completely lost control. She and the children came to live with us but things went from bad to worse. She was driving drunk without a license, and getting violent. Our grandson was 3 and granddaughter 9.

So I rang CYFS. It was the hardest thing I’ve ever had to do and sometimes I wish I’d never called and just taken them. They pay $600 a fortnight for the kids to live here but as far as physical support goes, CYFS is hopeless. They’re under staffed and you can never get hold of anybody. We had a terrible time with Sarah just recently when she ran away for two months. We knew where she was but CYFS didn’t even bother trying to get her back. There’s been no counselling for the children – they keep saying we must get onto it but never do despite all my emails and phone calls. And then the social worker changes again.”

For Karen, who recently had a heart bypass but still works 6 days a week, retirement seems ludicrous.

“I wont be doing that in a hurry!” and as for a social life? “I enjoy going to work.”

But yet she’s still full of love.

“I consider them to be my babies, my own children. It’s not their fault their parents didn’t care and my husband and I have tried to give them everything they should have had just like we did their mother. The $600 a fortnight helps but it doesn’t go very far. All our money goes on the kids, you don’t want them to miss out.

“Sean’s 8 now and a lovely little fella – that’s because of my husband, they’re so close. He’s inherited his sense of humour and he’s very happy go lucky. He never used to be, he was always skittery and very scared but now he’s just blossomed.”

The children’s mother is now clean, and just this week met with her 14 year old daughter Sarah for the first time in 6 years.

Julie, 60, raising one grandson with her husband

Julie's grandson was shaken as a baby by her daughter-in-law’s new boyfriend. The boyfriend went to jail, the 8-month old baby went to Julie.

“He came home two days after my 42nd birthday. We still had 4 children at home at that stage, the youngest was 11 but he didn’t mind not being the youngest anymore!”

Julie was told Ryan would never be able to move.

“At first he was like a stiff little board. But we did a lot of research on the ‘Mozart effect’, playing him lots of music and we moved his arms and legs all the time. And we wore lipstick so he could see us better.”

After about a year, things started to change.

“He started snuggling in and then bouncing on his knees and by 5 he was walking. He’s 16 now, globally delayed with poor speech but he’s taller than me, can run, play soccer, and loves playing the drums. He’s a gorgeous child and brings us so much joy.”

Although Ryan’s care is covered by ACC taking on their grandchild has still been financially challenging.

“My husband and I owned a business and were working full time. We started off taking him with us because he slept most of the day, but once he grew up a bit, I had to stop. Because I took my eye off the ball, we lost money and eventually lost the business.

Our dream was we’d have our kids earlier, and we’d travel. Now we can’t do that because we have Ryan.”

“They have such a wealth of knowledge and know how and where to get the help. It’s no good depending on CYFS.”

Julie is hopeful that more support for grandparents raising grandchildren will be a priority for the new government.

NZ First MP Tracey Martin is a longtime advocate of grandparents raising grandchildren. Her members bill to give the unsupported child or orphan clothing allowance parity with the foster child will come into effect next July. 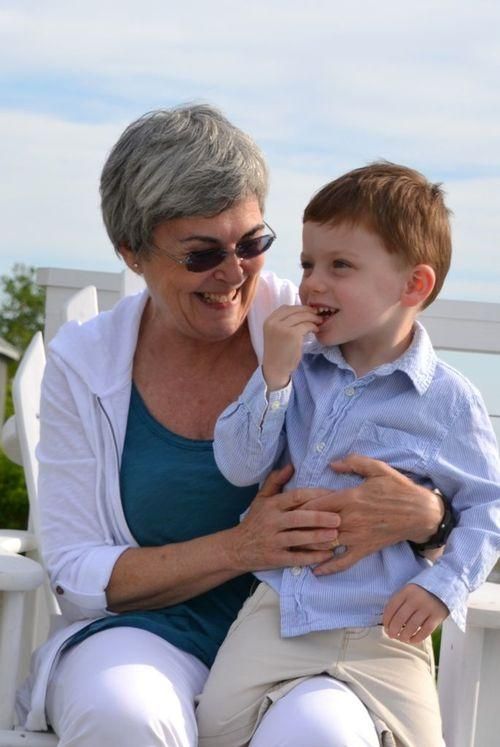