It’s been described as one of the greatest public health challenges of our time - on a par with smoking and obesity. It’s linked to heart disease and Alzheimers, and in the United Kingdom they’re taking it so seriously they’ve created a ministry for it: The Ministry of Loneliness.

Now efforts to combat it here have gone up a notch too, with the launch of a new website aimed at anyone experiencing or concerned about loneliness.

The Let’s End Loneliness website has been set up by the New Zealand Coalition to End Loneliness, a group of seven organisations all involved in bringing people together in different ways. It includes Age Concern, St John, the Student Volunteer Army, The Salvation Army, Royal New Zealand Returned and Services Association, Alzeheimers New Zealand and Carers New Zealand.

Concerned about increasing feelings of isolation in our communities, these groups joined forces in 2018 to provide information, increase understanding and advocate for action on loneliness

“But it is important to do something about it. It is a solvable problem,” she says.

While we’re all likely to feel lonely at some point, or various points, during our lives, the research shows that persistent loneliness can have both physical and mental impacts.  It’s been described as being as harmful to health as smoking 15 cigarettes a day, while a US study found it can increase your risk of early mortality by 26 percent.

The Coalition hopes to reduce the stigma around loneliness, while at the same time increasing understanding and awareness of it.

“It’s a bit like it used to be with depression, it’s quite difficult to admit that you feel lonely,” Rees says. 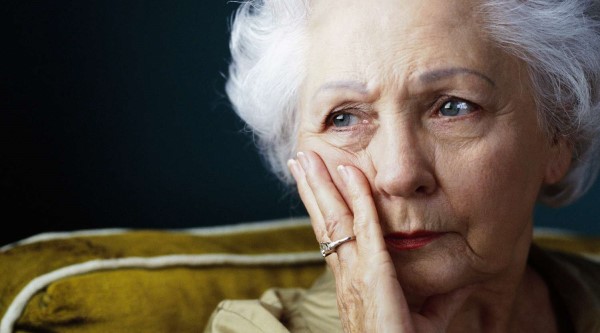 “If it’s short term and it prompts us to do something, and we’re able to do that, it can be quite useful and not necessarily harmful. But when it is harmful is when it becomes chronic and goes on for a long time.”

New Zealand measures loneliness through the New Zealand General Social Survey. In 2016 and 2018 the number of people who said they had felt lonely some or all of the time over the last four weeks sat at around 16 percent (16.9 percent in 2016 and 16.6 percent in 2018).

However, the Covid-19 lockdown is likely to have exacerbated loneliness and social isolation, says Rees. This has caused concern around the world that a long-term change may take place in social behaviour, something experts in the US have termed a ‘social recession’. US magazine The Atlantic describes social recession as a fraying of social bonds.

While social isolation (you can be socially isolated – i.e. have little social contact – but not necessarily feel lonely) is highest amongst seniors, reported loneliness is actually highest amongst 15-24 year olds. Rees says the research shows that 65 to 75 year olds are one of the least lonely age groups, but loneliness does begin to rise again in the 75 plus age group.

She says the coalition wants government to take more targeted action on loneliness with a cross-departmental and cross-sector approach, and to put more investment into it. Covid-19 has helped to some degree, with concern about Covid-19’s effects on loneliness leading to increased funding, some of which enabled the launch of the Let’s End Loneliness website.

Rees says the website as a “living thing” that will keep growing and evolving and that the Coalition is keen to hear from any organisations keen to be involved. 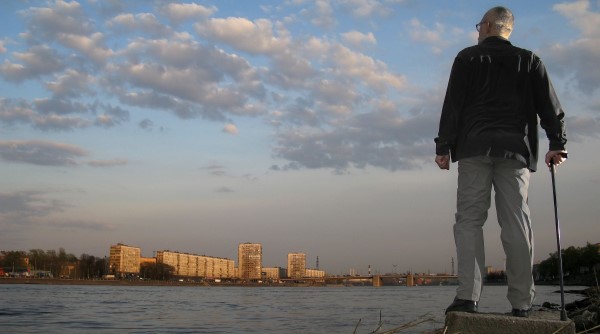 Loneliness can be a useful cue to prompt us to do something to care for ourselves.

Concerned loneliness is impacting you?

People become lonely for different reasons, so solutions to loneliness vary from one person to another. Think about what is making you lonely, as that may help you understand what steps you can take to change your situation.

Learn about how loneliness can affect your thoughts and behaviour.

Loneliness that goes on for a long time can lead to a pattern of increasing passivity and withdrawal. Understanding how loneliness may be affecting your thoughts and behaviour can help you to gain back control.

The late Professor John Cacioppo was a leading world expert on loneliness and how it affects us. In this blog, he offers a process to ease your way out of chronic loneliness by changing your thinking, making a plan, and taking manageable steps. In this video, he talks about how to tackle loneliness, and explains how feeling lonely affects our thoughts and behaviour.

Be compassionate with yourself

Try to challenge any unkind thoughts you may be having about yourself, practise replacing these with positive statements, and avoid comparing yourself to others. What people choose to share isn’t always an accurate picture of how life is really going for them.

In this TED talk, psychologist Guy Winch tells us how to practice emotional first aid, and protect our self-esteem through painful life experiences such as failure and loneliness.

Look after yourself physically

Think about your own wellbeing. Things like getting enough sleep, eating good food, getting out of the house, taking some gentle exercise, and avoiding recreational drugs and alcohol can all help to lift your mood and energy, and can put you in a better position to take action on loneliness.

If our environment is disordered, it can add to feelings of loneliness, depression, and loss of control, and can also limit social interaction. Simple routines like making your bed in the morning or doing the dishes before going to bed can make if feel more comfortable to be at home alone, as well as increasing your confidence to invite others into your space.

Get comfortable with your own company

Seeking company out of desperation, because we fear spending time alone can mean that we settle for poor interactions that can lead to increased feelings of loneliness. Learning to be comfortable with being alone means that we can seek company from a position of greater strength.

Doing something you enjoy can take your mind off loneliness, whether it’s getting absorbed in a book, listening to music, a creative hobby, or taking yourself out for a coffee, a movie, a walk, or a swim. Other suggestions for lifting your mood include singing out loud, meditation, or keeping a daily gratefulness journal.

Just going out of the house to where there are people can be a first step, and can lead to brief, non-threatening interactions. While you’re out, practice smiling and saying hallo to people you pass in the street, have a brief chat with a cashier, or exchange a comment about the weather.

Practicing small talk in this way can make it easier to take part in conversations in more structured situations.

To make more lasting connections focus on what interests you, in order to meet people you are likely to get on with. So, if you’re interested in reading for example, look for a book club or meetup to join.

Another way of connecting with like-minded people in a non-threatening way is to volunteer. Again, look for organisations and volunteer roles that interest you.

A third strategy is to reach out, and increase connection with people you already know, such as old friends, or members of your close or extended family.

Be realistic, but hopeful

In this blog John Caccioppo urges us to expect the best from other people, and work on reaching out to others with warmth, generosity, and goodwill. All relationships will involve moments of friction, and it’s important to keep these in perspective, and remain optimistic and consistent in our efforts to connect.

Ellen Hendrikson (clinical psychiatrist and author) advises that it takes six to eight conversations before someone considers us a friend, so we need to be patient. She adds that, as long as we are mutually kind, we tend to become friends with whoever we see most often. So, we increase the likelihood of making friends if we put ourselves in situations where we see the same faces again and again.

Ask for help if you need it

All the above are self-help strategies. If you can’t see how to get started, or you’re trying things but not feeling better, it’s important to ask for help.

Loneliness can be complicated by other issues such as grief or depression which can make it harder to overcome, and the right help can make all the difference.

If your feelings or situation are overwhelming, there are many organisations and people ready to listen. There are also organisations that offer opportunities and support for those wanting to connect with other people. Find out where you can at Get Help Now.