Recession? It's not just all talk

I have been doing some free public webinars recently and a couple of weeks ago, at the suggestion of a friend, I had a live conversation with economist Shamubeel Eaqub about Covid-19 and the economic implications that have come (and will come) from it.

You almost certainly know Shamubeel – he is now probably New Zealand’s best-known economist and seldom out of the media. You may have been to a Lifetime Income seminar where he was a frequent speaker. Having known Shamubeel for some years, I can tell you he is a very bright, able man. Also, a very nice, generous man.

The first thing I put to Shamubeel was something that I have been worried about for some weeks: we seem to be in a phony war; lots of talk about a recession but the economy seems to be carrying on regardless.

I told Shamubeel of a spa pool shop that did the equivalent of a year’s turnover in a month recently. I told him of the throngs of people in Queenstown, booming share markets and the queues at open homes. All this at a time when our borders are closed, unemployment is rising, and many businesses are in the ICU surviving on a drip feed of government support. Are we in recession or are we not? And, of course, is it going to get worse?

Shamubeel was clear: we are in recession now and this recession will get worse. Worse, even, than the Global Financial Crisis of 10 years ago.

Ultimately, we cannot avert all the bad economic news through government support. There will be businesses that shut down, especially smaller ones (under 50 employees) that were marginal in the first place. In the coming months, many of these will fold.

During lockdown, about 40,000 jobs were lost. As government support is rolled back and discontinued, more jobs will be lost, and more businesses will fold.

Throughout this conversation I nodded in agreement – it is likely that the coming real recession and will be both deep and painful.

We then turned to inflation and its partner, interest rates. I get asked about this frequently: with all this debt and printing of money, are we not going to see a lot of inflation soon?

Like me, Shamubeel thinks not. Although we could see some inflation in the future, right now as the world sinks into recession, deflation is the greater worry. Deflation is falling prices and its effects on an economy are debilitating. Deflation is hard to eradicate as Japan has found over the last 30 years.

Shamubeel referred me to the seminars that we had both done for Lifetime Income and at which we had both made a case for interest rates being lower for longer.

In fact, during our talk about the prospects of high interest rates, Shamubeel said “not in your lifetime, Martin”. (Shamubeel is the second person to say that to me in a public setting – I trust they are both talking about interest rates being low for a very long time, rather than making a comment on my life expectancy!)

Low interest rates mean that older people who are trying to use their money to fund a decent retirement will need to consume capital – it will be harder to leave inheritances for the kids and many will have to plan to let the cheque to the undertaker bounce.

A series of term deposits is no longer an option for those in retirement – after tax and an allowance for inflation, term deposits mostly lose money.

Shamubeel is quick to say he is not a financial adviser but agrees that retirees will need to own some shares in a well-diversified portfolio. It is likely that shares will struggle at some point in the next 12 to 24 months as the real economy takes a hit, but he can see nothing problematic in the long term for the economy. Retirees need to be diversified and that includes owning shares, property, fixed interest and cash.

Shamubeel is a very smart man, articulate and with a lot of heart. He does not over-complicate economics and puts the topic into language we can all understand. He would be welcome back on my webinars at any time.

If you would like to watch the conversation I had with Shamubeel, you can find a video here*

*This video was contributed by Martin Hawes and does not necessarily represent the position of the Retirement Income Group. 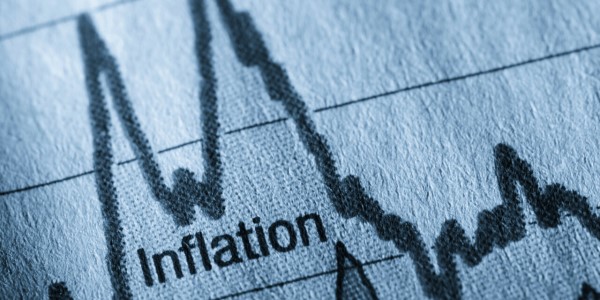 Martin Hawes is a Director and shareholder of Lifetime Asset Management Ltd. Martin also has a role with Summer KiwiSaver, for whom he writes articles and presents seminars. He believes this information is correct, and he has reasonable grounds for any opinion or recommendation on the date of this publication. Nothing in this article is, or should be taken as, an offer, invitation, or recommendation to buy, sell or retain a regulated financial product. Martin Hawes is a Financial Advice Provider, and his disclosure statement is available at www.martinhawes.com