What could a capital gains tax mean for retirees?

“Everyone has an opinion on tax,” the final TWG report says. “It is a subject that arouses strong passions and even deep disagreements...”

And ever since the TWG released its final report on February 21 opinions have flowed freely through all media channels.

Unsurprisingly, the flood of strong passions and deep disagreements tended to drown out any fact-based analysis of the TWG proposals.

The fact is, though, after leaving the relative comfort of the executive summary, the 100 or so TWG recommendations – herded into 13 separate categories – quickly head off-road into trickier terrain. Volume 2 of the TWG report, in particular, is heavy going; loaded down with technical details of how the proposed tax reforms might happen in the real world.

But while the devil is definitely in the detail, at a higher level the TWG proposals resolve into a single point: let there be a capital gains tax (CGT) in New Zealand.

CGT has long been a Kiwi heresy and even the 11-member TWG couldn’t quite agree on a core set of beliefs.

In a statement announcing the final report, TWG chair Sir Michael Cullen, says: “All members of the Group agree that more income from capital gains should be taxed from the sale of residential rental properties.”

However, three dissenters refused to back the TWG declaration that a CGT should apply to “include all land and buildings, business assets, intangible property and shares”, Cullen says in the release.

The ‘family home’ was explicitly excluded from the CGT net while the TWG also ruled out art and ‘other collectibles’ from the proposed regime.

Nonetheless, taken at its word, the majority TWG recommendation has enormous consequences for all New Zealanders and important implications in particular for retirees (or those close to retirement).

For example, the popular strategy of selling rental residential investment property to raise retirement capital could become less attractive if CGT (applied at the taxpayer’s marginal rate) pares back gains.

(Importantly, the proposed CGT would only kick in after a law is introduced with all assets to be assigned a value on the same day. The so-called ‘valuation day’ method brings its own problems, however, especially for businesses and intangible assets.)

The same issue would likely affect those who planned to sell their business or shares to fund retirement after a CGT comes into force. With post ‘valuation day’ gains subject to tax at marginal rates (which, for most business owners is probably the highest 33 per cent level), retirees selling businesses could be staring down a much smaller lump sum than they had anticipated.

Other TWG proposals have the potential to affect a broader range of retirees including the recommendation to tax gains on Australian and New Zealand shares – both directly-held and in portfolio investment entity (PIE) funds. Under current rules, Australasian shares are generally not taxed on gains (just dividends). 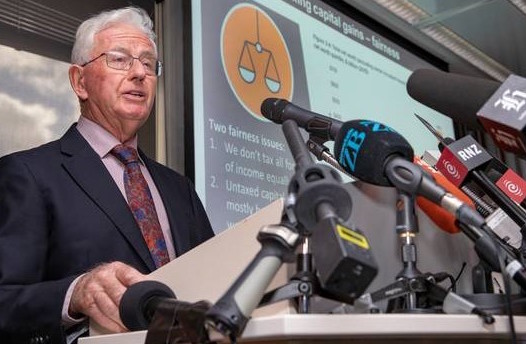 The proposal would see directly-held Australasian shares incur a CGT tax when sold with losses also deductible (with certain restrictions). Australasian equities held in PIEs would be taxed on annual accrued gains (with losses deductible – again under tight ‘ring-fencing’ rules).

Australasian shares could become relatively less attractive assets if the government adopts the recommendation; at the very least, the change would re-introduce some reporting complexity for retirees and PIE funds when accounting for Australian and New Zealand equities.

The TWG also suggested another change that could position KiwiSaver as a tax-preferred vehicle for most people.

Currently, the tax rates in PIEs are identical in KiwiSaver and ‘non locked-in’ funds, ranging from 0 to 28 per cent depending on individual income or legal status of the investing entity (such as a charity). The top PIE tax rate (officially the prescribed investor rate – or PIR) of 28 per cent, represents a discount of 5 per cent over the marginal rate for those who earn over $70,000 a year; everyone else faces PIE taxes equivalent to their marginal rates.

But the TWG proposes giving the same 5 per cent PIR discount to lower-income investors whose marginal rates are 10.5 per cent and 17.5 per cent – only within KiwiSaver funds.

As well as providing an incentive for lower-to-middle-income New Zealanders to put more in KiwiSaver (the TWG recommends other minor tax breaks for this cohort, too), the proposal could play in the favour of retirees.

New legislation due to take effect this year will allow those over 65 to join KiwiSaver for the first time; existing members also don’t have to leave their scheme when they reach 65.

Assuming the TWG recommendations apply to all members, KiwiSaver could evolve into a tax-efficient vehicle for retirees – without any funds lock-in after age 65.

Of course, anything could happen between now and sometime in April when the government hands down its decisions on the TWG report. Consensus opinion has it that the government is unlikely to accept the full list of TWG proposals.

Plus whatever CGT package lands on the table will have to be approved by the public in the 2020 general election. Until then expect further shows of passionate opinions as the CGT facts emerge before the real decision-making begins. 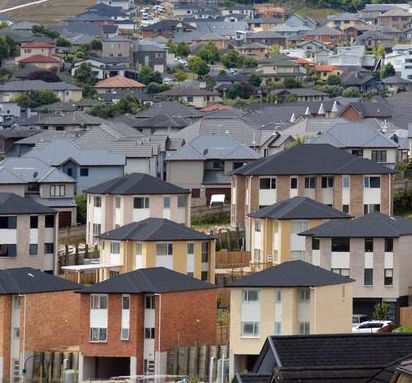