The-then 21 year-old lead singer of the Rolling Stones was in full youthful strut, stretching out the lyrics to one of the group’s biggest hits of the year, ‘Time is on my side’.

“Ti i i ime is on my side, yes it is,” Jagger crooned, in a refrain that carried the song’s, maybe optimistic, premise that if he just hung around for a bit his girlfriend would come running back: just wait and see.

Or that’s one interpretation.

Quite possibly, ‘Time is on my side’ is really about the young Jagger’s pension plan, which The Guardian reported in July this year was on the budding rock’n’roller’s mind way back then.

According to Myers, Jagger was deeply interested in retirement income planning.

Myers does not elaborate on Jagger’s pre-superstar retirement portfolio but, given the singer’s then-age, it probably should’ve included a large allocation to shares. (Although, the rock star was considering a career in insurance if the music thing fell through, Myers said.)

With an estimated £260 million to his name now, the lead Stone has little need to take on too much portfolio risk to meet his retirement income targets.

And at any rate, like a poster person for the babyboomer generation, Jagger, aged 76, continues to work.

As we revealed in an earlier Lifetime Income article, many New Zealanders intend to follow the famous frontman’s example and work well past the official pension age (still 65 here, although it’s heading up to 67 in the UK).

New Zealand, in fact, has one of the highest rates in the world for workforce participation by pensioners.

The impact of New Zealanders working beyond age 65 is just one of the issues earmarked for further scrutiny in the official government review of retirement policy that recently opened up for public comment.

Conducted by the Retirement Commissioner – under the auspices of the Commission for Financial Capability (CFFC) – the review addresses eight core areas covering issues ranging from broad social trends to KiwiSaver, home ownership and the changing nature of work.

On her way out the door this June, former Retirement Commissioner, Diane Maxwell, voiced one of the perennial concerns about the long-term affordability of New Zealand’s universal government pension system.

“Under the current settings, no, we cannot afford NZ Super,” Maxwell said. “It's currently costing $39 million a day, or $14.5 billion a year. In 20 years time that cost will triple to about $115 million a day... We have to consider raising the age, reducing the amount paid, or reaching some form of means testing.”

But Maxwell’s proposed solution is no silver bullet – and other retirement income specialists, such as Michael Chamberlain and Michael Littlewood, argue NZ Super remains affordable as is.

The two Michaels make the point in their 119-page submission on the retirement income review that lays out an alternative plan for the pension future.

Current retirees, and those nearing pension age, don’t have to worry about losing NZ Super benefits regardless of the outcome of the retirement review.

However, that shouldn’t stop them contributing to the debate as other points in the Retirement Commissioner review could impact existing retirees.

For example, the last item on the review agenda is a promise to investigate “decumulation of retirement savings and other assets, including how the Government can ensure New Zealanders make the most of their money in the decumulation phase”.

It could be worth making a song-and-dance about your views on retirement income here. Submissions close on October 31, so time is on your side. 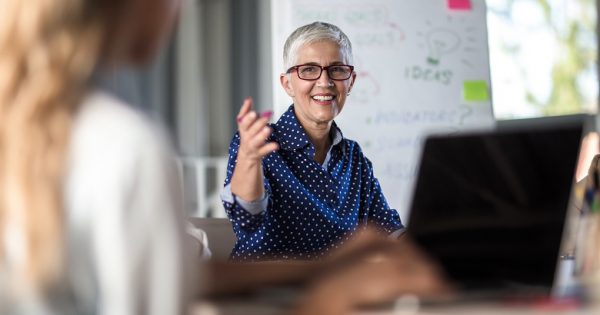 "People aged 65 years and over will make up an increasing share of the labour force..."