The Winter of Content: retirees don't win or lose in new budget

This is a Government that does things differently,” Finance Minister Grant Robertson promised in his inaugural Budget speech this May. “You can expect our Budgets to look a little different also.”

In practice, though, the Budget – at least from the perspective of the more mature cohort of NZ citizens – was pretty much business as usual.

Other than a nod to those experiencing extreme hardship living on the pension, the Robertson Budget barely tweaked the existing financial settings for elderly New Zealanders.

For example, the Budget promises from “the first of July, the Winter Energy Payment begins, helping super annuitants and those on main benefits meet their heating costs by providing $450 for a single person or $700 per couple”.

Elsewhere, the Robertson fiscal manifesto offers a minor initiative to fund “initial work towards” creating a system of one free health check every year for SuperGold card holders – all 720,000 of them.

In a, perhaps, symbolic move the Labour Budget also cut funding for a little-known program called ‘Promoting positive outcomes for seniors’ from about $1.19 million last year to just over $1.04 million this time around.

“This appropriation is intended to achieve positive outcomes for seniors through supporting their inclusion in a society where older people can age positively, are highly valued and recognised as an integral part of families and communities, and by supporting greater advocacy of their issues by Ministers,” the Budget says. 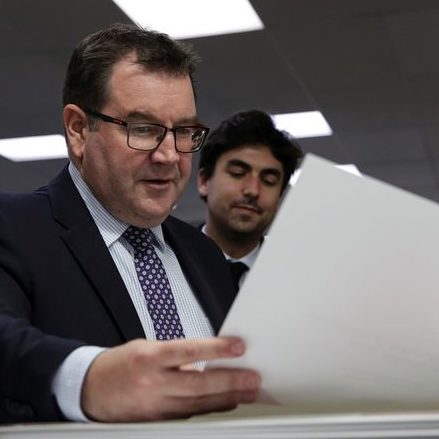 Mostly, that Budget item goes towards funding the SuperSeniors website – a popular government information hub that boasts about 300,000 subscribers. (The website explains, for instance, that the Winter Energy Payment – of about $20.46 for individuals or $31.82 per couple – will be paid automatically to all NZ Super recipients from July 1 to September 30 this year.)

Overall, the upgrade (rising from about $1.6 million this year to $4 million in 2021/22) to pay the NZ pension to Cook Islands, Niue and Tokelau residents represents the biggest single superannuation-related Budget expense – except, of course, the big NZ Super bill that this year totals over $14.5 billion (compared to $13.7 billion last year).

“Expenditure on New Zealand Superannuation is expected to rise between 2017/18 and 2021/22 because of an expected increase in the number of recipients and inflation and wage growth adjustments to the payment rates,” the Budget says.

The commitment to support NZ Super at current indexing rates will provide some relief to many who depend on the income.

And elderly New Zealanders may also stand to benefit disproportionately from the promised improvement in the country’s health system.

Robertson earmarked more than $4 billion of new spending on health.

“This begins the journey to rebuild a health system that has simply not been given the resources to meet the demands of population growth and an ageing population over recent years,” he said in his Budget speech.

The Budget was notably silent on any reintroduction of KiwiSaver incentives (such as a hoped-for return of the $1,000 ‘kickstart’ payment or doubling the annual ‘member tax credit’ back to its original $1,043 annual top-up amount).

Aside from confirming earlier announced reforms – such as the ‘ring-fencing of losses’ rule for those who own rental houses – the 2018 Budget (sub-titled ‘Foundations for the Future’) also offered little guidance on Labour’s tax reform program.

(Incidentally, the ‘ring-fencing’ rule – which limits relevant tax deductions to rental housing income only – is expected to see the government claw-back almost $200 million from residential landlords in four years’ time.)

With a $3 billion or so surplus in the current tax year and bullish forecasts for the NZ economy, Robertson said the government now has “breathing space to properly consider any changes needed to our tax system”.

“As promised, we have already established a Tax Working Group [TWG] to recommend how to create a better balance in our tax system,” he said.

Among other proposals, the TWG is considering the benefits of a broad capital gains tax (excluding the family home) and creating an even taxation environment for all investment types.

The TWG is developing the tax reform proposals around something called the Living Standards Framework – a new set of measures developed by NZ Treasury to gauge the country’s state of play according to “human, social, natural, and financial/physical capitals”.

Robertson said the government would use that same Living Standards Framework as the basis for next year’s budget, which already carries the ‘Wellbeing Budget’ tagline.

The news – combined with the TWG efforts – should put retirees on notice that while 2018 might’ve been more of the same, Budget 2019 could well offer up something, completely, different. 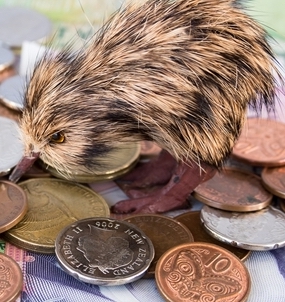 There was no talk on reintroducing Kiwisaver incentives...