It is a well-known fact that New Zealand’s workforce is ageing.

We also know that the number of young workers entering the labour market is declining and that as the baby boomers get set to retire, businesses are facing a looming skills shortage.

Meanwhile New Zealand’s ‘mature’ employment rates are high, and rising. The reasons why people are working longer are threefold: choice – the ones who want to, necessity – the ones who can’t afford not to, and fear – the ones who believe retiring is akin to dying.

Whatever the reason, older New Zealanders are going to be crucial to filling jobs in areas of skill shortage.

So you would assume that most Kiwi businesses would be focused on not only ensuring the retention of their older workers but also making sure they’ve got the vital skills required.

You would be wrong.

According to the Commission of Financial Capability, a whopping 83 per cent of the country’s organisations still do not have any specific policies, strategies or action plans relating to older workers.

“Some organisations have not looked carefully at the age statistics of their workforce so have yet to realise how many workers they have aged over 55. Others, especially smaller organisations, are too busy with the day-to-day demands of their business to set aside time for planning and creating policies. Or they don’t know where to start when it comes to catering for this sector of their workforce, regardless of the constant reminders from organisations such as ours and the media.” 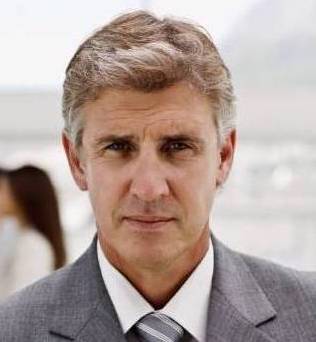 BusinessNZ CEO, Kirk Hope says although Kiwi businesses are concerned about the looming skills gap he’s not surprised by the Commission’s findings.

“I’m not surprised there’s a lack of specific policies for older workers, because as yet there hasn’t been a huge loss of skills - we’re sort of still on the edge of it.”

But Geoff Pearman, a specialist consultant in the field of age and work says New Zealand companies need to crack on.

“We’ve been saying that we’re on the edge of it for a long time but we baby boomers have a birthday every year, this issue is not going away, it’s insidious. There’s no shortage of research and policy recommendations. We know what the issues are and we know what we need to do, but so far, there hasn’t been enough help for the people on the ground.

Pearman says Australia has a much higher appreciation of the economic impact of older people remaining in work.

“The Australian government identified 10 years ago that if they could increase workplace participation of people aged 55+ by 3% they could increase GDP by $33 billion. Of course there is also the tax take from people working on and what they consume. And because Australia doesn’t have universal entitlement to the pension, there’s an expectation that people will save for their retirement through their work super scheme.”

Pearman says there are also too many assumptions made about what older workers want or need and the responses can be paternalistic.

And according to the World Health Organisation, ageism is rife - more endemic than sexism or racism.

“Some of the negative stereotypes around older workers are that they are averse to change, they lack technology skills or are reluctant to embrace technology, they lack the physical stamina or speed needed to do the job, or that they are blocking the advancement of younger workers” says Cassidy-McKenzie from Diversity Works.

“But there is evidence and research to debunk most of these myths – for instance, 78 per cent of Kiwis aged 55 to 64 use Facebook every month and more than half of those over 55 have a smartphone.”

Kirk Hope from BusinessNZ believes it’s hard to know to what extent employment decisions are biased by age.

“There is certainly a tendency for mirror hiring, where employers hire people like themselves. But I also think older candidates often miss out on jobs because they haven’t retrained or extended their skills. Businesses need to take responsibility for providing ways for older workers to upskill. At the same time older workers need to commit to the idea of lifetime learning.”

“Don’t let yourself get bitter and twisted and burnt out in your 50s in a job you don't like. If your body’s starting to slow down, consider what it’s going to be like in ten years’ time. Get some mid/ later career advice. Talk to your manager about what your needs are and how you see yourself contributing to the company going forward. From my experience you’ll find your manager wants to talk as much as you do.”

According to the Ministry of Business, Employment and Innovation, 22 per cent of people aged 65 Plus were working in 2016, compared to only 12 per cent 10 years earlier – an 87 per cent increase.

This figure has continued to rise, with 24.4 per cent of those over 65 working in December 2017, Statistics New Zealand data shows.

At the same time, the number of people approaching the “entry ages” for the labour market is declining quickly. Between 2013 and 2023, the number of New Zealanders aged between 15 and 19 is expected to shrink by around 28,000. 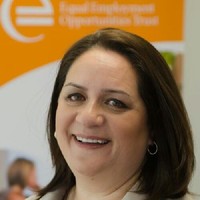