The Grandparents that have to raise their Grandchildren

For most of us, spending time and occasionally taking care of our grandchildren is one of the great joys of getting older.

But what if you couldn’t hand them back at the end of the day?

What if you had to raise your own grandchildren full time?

According to the last census there are nearly 10,000 grandparents stepping up as parents in New Zealand. Grandparents Raising Grandchildren (“GRG”), Chief Executive Kate Bundle says her organization provides support services to about 7,000 of them.

“We have 3,885 families on our books at the moment. 65% of our grandparents are co-parenting with 35% doing it on their own.

They’re doing an incredible job, they’re absolute heroes and it never ceases to amaze me how far they’ll go to make sure these kids are safe and loved.”

But parenting grandchildren in New Zealand is no picnic in the park. For these grandparents ‘retirement’ is a far off dream.

“Almost 50% of our grandparents are still working and supporting themselves. Some qualify for Working for Families and about 70% of families qualify for the Unsupported Child Benefit but there are lots of families who can’t get anything.

Unfortunately the system is not set up to help these people when they really need the help, which is as soon as the child arrives.”

Last year Grandparents Raising Grandchildren conducted a Grandparent and Whanau Carer Survey, the results of which have recently been published.

It reveals significant social and economic challenges faced by over 1100 grandparent and whanau carers and includes data specifically collected on 1324 of the over 1700 vulnerable children they are raising because their parents are unable or unfit to parent them. Reasons vary from P addiction to alcohol abuse, crime, or severe ill health. 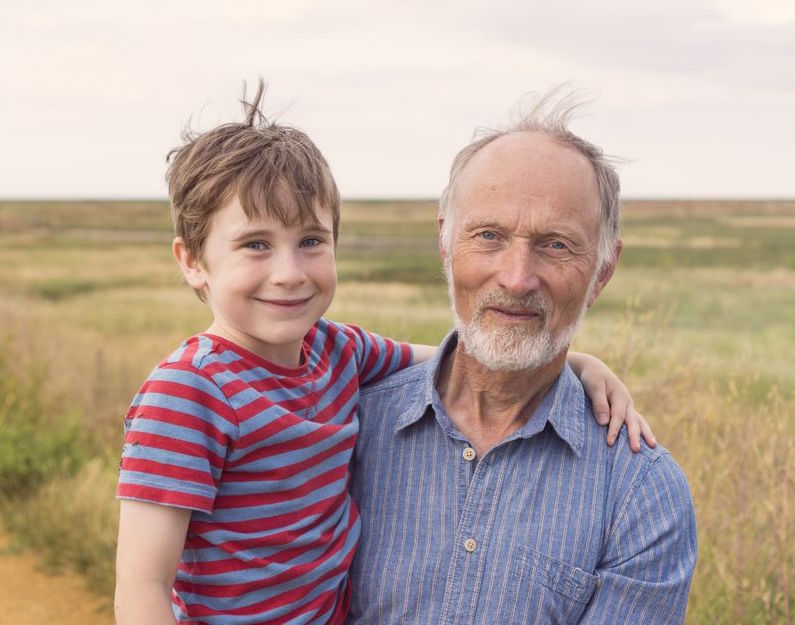 Thousands of grandparents in NZ must also raise their grandchildren

Although 70% of families qualify for the Unsupported Child Benefit (UCB), the survey revealed that it is not being comprehensively offered to grandparents on their first approach to WINZ. Just 15% of grandparents surveyed were told they may be entitled to it.

‘May’ because although it’s not means tested, qualifying requires ‘proof’ that the parent-child relationship has broken down irretrievably and that the grandparents will have to care for the children for at least a year. Both can be hard to document, especially if the family has not already come to the notice of social workers or agencies.

“If you’re in this position, and no longer working and relying on national super alone this can prove extremely difficult financially. The median net household income for grandparents raising grandchildren is $40 -50,000 but 40% of sole grandparents have household incomes less than $30,000.”

Bundle says successive governments, on both sides of the house, have not made it easy for family members to care for children in their own families.

“There’s been a fear that if we make it straightforward then the floodgates will open and we’ll have people taking advantage of the system for family convenience. And yet in all the time I’ve been working for GRG, no grandparent I’ve ever come across, has ever stepped up to care for their grandchild for financial reasons.”

Because WINZ is so wary, some families are waiting months before getting any financial support. Most eventually do (in the last financial year GRG has helped grandparents get arrears payments of over $500,000) but what happens in the meantime?

“We had a case where parents who had been neglecting their children for months and months ran off to Western Australia and left the kids with the grandparents.

The grandfather tried to get the UCB but was told “no sorry, it looks like the parents have just gone overseas to work and they could potentially be back within 12 months. Come back with proof.”

So that left a relatively poor but working family with 8 children living under one roof with no extra financial support.”

Bundle then goes on to describe a Maori grandmother in South Auckland who is raising 15 grandchildren and a 76-year-old grandmother looking after her elderly husband in a wheelchair whilst raising a newborn.

“Many of our grandparents have ailing partners with age-related dementia or significant physical disabilities – they’re barely managing themselves.” 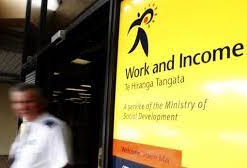 And it’s not like the children coming to them are straightforward either. They’ve usually suffered considerable trauma by the time the grandparents take them. 41% of grandparents in the study said their grandchildren had exhibited attachment disorder, violent behaviour, or other serious emotional problems.

And yet, counselling for them, is very rarely provided at all.

It sounds grim but Bundle admits there were some positive gains made under National last term. They achieved base-rate pay parity with foster parents, gained extra respite care funding for school holidays, an ‘establishment grant’ of $350 per child and a school year start up payment of $550 per child.

She hopes the situation for parenting grandparents will continue to improve.

“We've worked with the Ministry for Social Development and Oranga Tamariki (the Ministry for Vulnerable Children) during and since the review into child welfare services and we’re really hopeful that the work we’ve done together is going to get child services right - more focused on the child and their needs.

We really want the government to change the law around the 12-month rule or at the very least make emergency income support available to grandparent caregivers when they take children on. Because right now, both children and grandparents are suffering – grandparents are highly stressed and anxious and in some cases going without food and medicines. And the children who have already come out of traumatic situations are essentially being punished again. They’re highly aware of the stress they’re causing, and feel ashamed. But it’s not their fault and it’s certainly not their responsibility.”

Despite all this hardship, Bundle says parenting grandparents wouldn’t have it any other way.

“Most of them feel that the positives far outweigh the negatives. They see the change in their grandchildren from having stability and love and absolutely adore them. They would walk to the end of the earth for these kids and the alternative of them going into foster care is unthinkable.

There are some who are really doing it tough, but they still manage an enormous amount of pride and dignity. They don’t want to be a burden, they just want to do the best they can for their grandchildren.”

In Part 2 of this feature, we’ll talk to three grandparents raising their grandchildren and ask them what their hopes are for the future.