Bernard has been an economist and financial journalist for 25 years. He has worked for Reuters, the Financial Times, and Fairfax Media.

Ralph was previously CEO of AXA Insurance and the ACC. At AXA, Ralph set up one of the first KiwiSaver schemes in New Zealand and has since established Lifetime Retirement Income to help New Zealanders transition from saving to spending in retirement.

As an older person in the workforce, I’m very experienced but I haven’t seen my pay cheque increase in a while. Could you tell me why I’m not getting paid more even though the economy is apparently booming?

You’re so right and sometimes you have to question what the point of economic and jobs growth is again.

The jobs report for the first quarter of 2017 showed an extra 29,000 jobs were created and the unemployment rate fell from 5.2% to 4.9%, which is its lowest rate since the Global Financial Crisis in 2008.

Those numbers look terrific at first and are certainly much better than jobs falling by 29,000 and the unemployment rate rising.

However, they mask a different story for wages. The truth is there has been little movement in wage growth, especially outside of the construction sector. Private sector wages grew by just 1.5 per cent in the 12 months to 31 March 2017.

This compares to a rise in the consumer price index - the recognised measure of household inflation - of 2.2 per cent over the same period.

It seems to make no sense. How can an economy be growing strongly at 3.1 per cent not be increasing wages?

The simple answer is that almost all that jobs growth over the last year was soaked up by net migration of 71,300 people and an increase in the number of people over the age of 65 who are still working.

That also helped soak up some of the heat from a strongly growing economy to avoid any break out in wage inflation. The last time the economy was growing employment this strongly was in the 2005-07 period when unemployment got down to 3.3 per cent and wage growth was well over 5 per cent.

All these numbers should drag everyone back to the ultimate conclusion: it's always, always about productivity. Productivity is all about output per person per hour, and that's what drives real wages. Real hourly wages are what really matters in any economy. They ultimately determine how rich any economy or household is in terms of income.

On this measure, New Zealand's record is awful, and especially since 2012. Real GDP per hour worked has basically flat-lined over the last four years.

We have managed to grow by importing more workers and working more hours per person. Our record is almost as bad over the last 45 years. We have been the second worst country in the OECD for real GDP per hour worked over that period. Worse than Italy, Portugal and France - all of whom are now seen as basket-case, stagnant economies.

Our relative underperformance over that period explains all of the 30 per cent-plus gap that has opened up between wages in New Zealand and Australia.

I’ve almost retired and I’m excited. I’ve saved up a nest egg but I’m not sure how to make it last. I don’t know what to invest in and what returns I’ll need. Could you please help?

Your concerns are very real and I know many others feel just like you.

When you retire, there tend to be 3 big uncertainties that people worry about:

Life expectancy is now approaching 90 years. According to research by the New Zealand Society of Actuaries, the life expectancy of a woman who turned 65 in 2015 is 89. While men still die at an earlier age than women, the gap is closing.

Life expectancy is an average age at death. This means that somewhere around half of all people will live longer than their life expectancy. Living 30 years or more in retirement will become the norm.

The financial impact of living longer is exacerbated by the current climate of low investment returns. Term deposit rates are mostly below 4 per cent, and after deducting tax and allowing for inflation, the net return is probably just over 1 per cent. Unless you have a very large portfolio, that is not enough to live on and this situation is unlikely to change in the medium term.

There are two ways to deal with low returns. The first way is to acknowledge that funding your retirement will mean drawing on your capital as well as the investment return. After all, if you don't spend your money, the beneficiaries of your estate certainly will.

The second way of dealing with low returns is to diversify your investments into growth assets such as property and shares, which have a higher return than bank deposits. However, shares are volatile in value and a long investment timeframe is needed to avoid the risk of loss.

The logical solution to the problem of increased longevity and low interest rates is to divide your retirement nest egg into three portfolios – for the short, medium and long term – with an appropriate investment strategy for each time frame.

Income assets such as term deposits and bonds offer stability in value which is important for funds needed in the short term, but their low return makes them less suitable for long term investment. Growth assets such as property and shares offer a high return over the long term but with short-term volatility and are therefore more suitable for funds to be spent towards the end of retirement.

Funds for the medium term can be a balanced combination of income assets and growth assets. 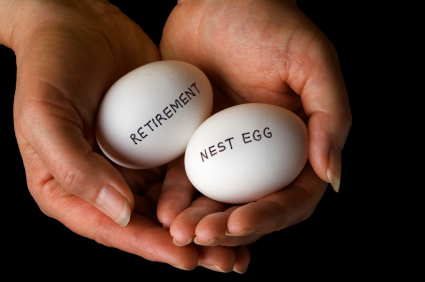 Liz Koh is an Authorised Financial Adviser. The advice given here is general and does not constitute specific advice to any person. A disclosure statement can be obtained free of charge by calling 0800 273 847.

Is it possible for my wife and I to invest together in stages? We are both 67 and have $50,000 to invest now. We will also have another $40,000 to invest next year when a term deposit matures. How would this work?

Yes, this is possible, please let me explain. Your first question is whether you and your wife can invest together.  We are updating our Product Disclosure Statement at the moment to allow for this. A joint investment covers both you and your wife, meaning that if one of you were to pass away, the remaining partner would receive the full income for as long as they live. If both partners pass away, any remaining balance will go to your estate.

The insurance premium for a joint investment is slightly higher at 1.70% p.a. (individual insurance premium is 1.35% p.a.) as one person generally lives longer than the other. The Lifetime Withdrawal Benefit rate is based on the age of the younger partner. As you are both 66 years old this will not affect you.

If you invested an additional $40,000 a year later at 68 years old, your Lifetime Withdrawal Benefit rate would be slightly higher at 5.30% p.a. (because you are a bit older). This would give you an additional insured income of $2,120 p.a. paid at a rate of $81.53 per fortnight for life. 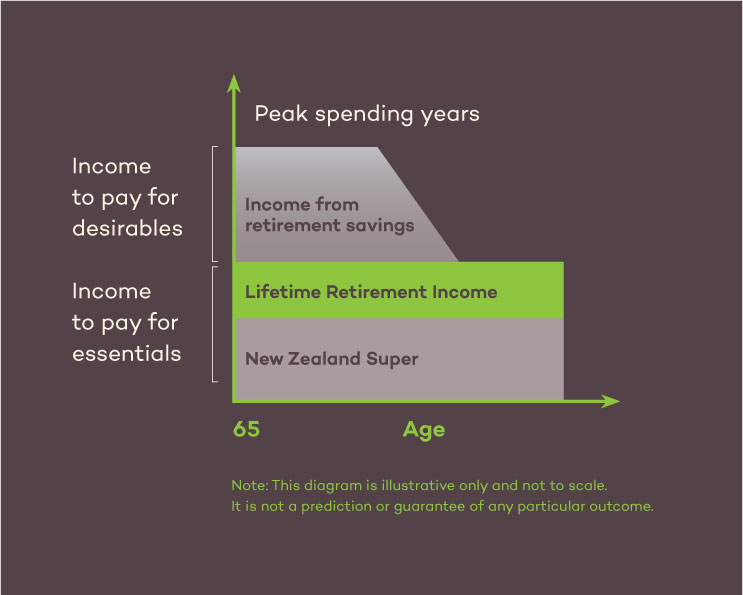