The reinvention of ourselves

When an elderly Polish couple turned up at a London club earlier this month and danced until 5am, they made national headlines.

The Warsaw-based husband and wife, both in their late seventies, were visiting their daughter in Watford and had bought tickets online for the rather insalubriously named WetYourSelf underground and techno night.

A longer life can be a gift

Happily, they were given a warm welcome, VIP seats, access to a free bar and a courtesy car home - but Fabric nightclub might need to rethink its generous policy. Because as we collectively grow older, septuagenarian ravers will become a much more common sight.

If that sounds unlikely, remember the average age of the Rolling Stones is 72, Madonna is 57 and shows no sign of letting up (or covering up), Tina Turner, 76, is still touring, and few would dare dismiss Tom Jones, 75, as past it. 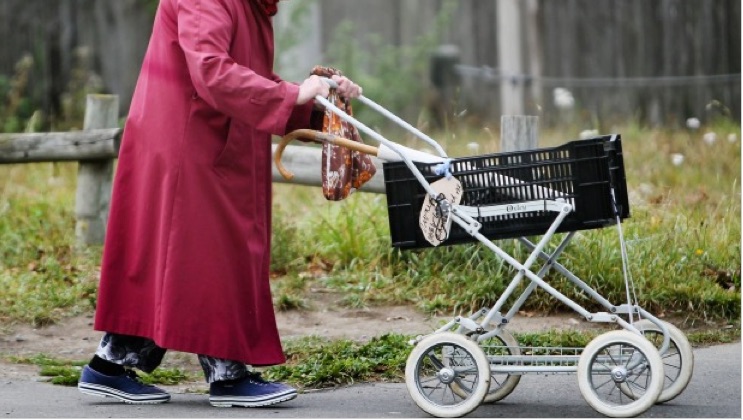 Keeping up the exercise will become even more critical to maintaining quality of life as life span extends, the professors say.

According to the Office for National Statistics, average life expectancy for newborn boys in the United Kingdom is on course to reach 94 years and four months in just over 20 years. The figure for a girl is 97 years and four months, rising to 100 in 2057. As these are averages, many will reach their centenaries; something today's 20-year-olds already have a 50 per cent chance of doing.

"People are scared by the prospect of living to 100, because they think of a long, incapacitated old age," says Andrew Scott, professor of economics at the London Business School. "But why not enjoy a longer youth instead? It's a matter of changing our mindset."

Not just our mindset. A great many other aspects of life will need to dramatically alter if centenary living is to be a gift, not a curse: pension provision, health and employment practices and, of course, relationships.

Read about the three key themes that retirees want addressed when planning their retirement.

To this end, Professor Scott and his colleague Lynda Gratton, professor of management practice, have just written The 100-Year Life: Living and Working in an Age of Longevity. It is a hugely fascinating, thought-provoking (if resolutely upbeat) examination of the seismic shifts that will - must - occur as the population ages.

"There are so many books about Alzheimer's, but we wanted to show the positives of living longer and to emphasise that it's not a case of all the extra years being piled on at the end of life," says Gratton, a fellow of the World Economic Forum and author of The Shift: The Future of Work Is Already Here.

"We are saying we have a tremendous opportunity to use this amazing gift of time, but we must do so wisely and that means the deferral of gratification; saving more, exercising more and eating less. It may not be what people want to hear, but it's a fact."

Gratton has some sympathy with those who cavil at the prospect of living so long.

"Imagine you have just run 8000 metres of a 10,000-metre race and are suddenly told that the finishing line is now at 15,000 metres," she says. "It's overwhelming simply because you haven't prepared for it."

Preparation is all. Just as the rhythm of our day would change if it were 30 hours instead of 24, so our lives will be shaped differently if we live to 100, especially if we intend to stay fitter for longer.

"We are fixated on the three-score years and 10 model of 'education, employment and retirement' in which age corresponds with stage, but that simply won't work in future," says Scott, who is also a Fellow of All Souls College, Oxford, and has served as a macroeconomic adviser to governments and central banks.

"If we are living to 100 we need to adopt a very different pace and way of living."

Piecemeal change is already taking place, of course; Nationwide will raise its upper age limit for mortgage lending to 85 in July, an acknowledgement not just that working years are extending but that it takes longer to get on to the housing ladder.

The average age of buying a first home is currently 31, up from 28 in 1995. By 2025 this is estimated to have risen to 41. Right now that looks like a real cause for concern, but seen within the framework of a 100-year life, perhaps it won't appear to entail such a frustrating wait.

Similarly, could the prospect of working past 70 be reassessed as an opportunity rather than a concern, with a record number of over-fifties already turning entrepeneur and starting up companies?

"The days of final salary pensions are numbered and it's already a rarity for employees to stay in the same post or with the same company for their entire career," stresses Scott. "We need to ask ourselves whether we want to push on doing the same thing or whether we reinvent ourselves, retrain or take on a different role."

Besides "tangible" assets (employment, income, savings, property), there are "intangible" social assets that must be accrued too, say the 100-Year Life authors.

"Yes, you will need enough money to see out your years, but money alone won't solve the problem; it's imperative to stay healthy and engaged socially to stave off loneliness and the illnesses associated with a depressed immune system."

The unconscious effect of greater life expectancy in our personal lives is already marked; the average age of a first-time mother is now 30, and in 2014 more babies were born in England and Wales to mothers over 35 than under 25.

At the other end of the relationship spectrum, so-called "silver splitters" are leading to a boom in late-life divorce. It has risen 75 per cent for this age group over the past 20 years. Yet while this trend is expected to increase exponentially, marriage among couples aged over 65 is also on the rise.

"We asked our MBA students to envisage living to 100 and to draw up their life plans," says Gratton. "They were fairly evenly divided into those who intended to wait as long as it took to find the right partner and then settle down and those who planned to have a pre-marriage partner, a spouse to have children with, and then a new post-marriage partner."

It might sound a bit heartless, but the idea that marriage should last - and continue to be contented and nurturing - for six or seven decades is a tall order. If, once the kids have grown up, parents still have another 40 years or more of reasonable good health and, presumably, wealth, it makes sense not to endure an unhappy or dysfunctional union.

The reinvention of ourselves

Personal reinvention in all spheres will be very much part of the new world order. The 100-Year Life focuses on a protracted "juvenescence", or state of being youthful, open, flexible and adaptable to change.

"Each of us has any number of different selves; the secret is to invest in a diverse social network that will give you glimpses of these other possibilities," says Scott.

Our generation might not achieve a 100-year life, but how can we prepare our children and grandchildren for such longevity? After all, the Bank of Mum and Dad may no longer be such a reliable source of largesse if they need the cash to fund their own unexpectedly long retirement.

"Children need to learn how to be productive, how to be healthy, and how to change," maintains Gratton. "The early competition to get the ideal job or a place on the housing ladder will be less acute as people will experiment with different ways of living, because with the extra gift of time, where's the rush?"

Scott concurs: "It's not going to be easy to adapt, but it's our only option as a society. Our book is intended to create a conversation."

It's clearly a conversation worth having. Let's hope our generation of pensionable partygoers can hear it over the thumping late-night techno.

This article was written by Judith Woods and published in the Dominion Post and Stuff.