Maybe all the retirement experts have got it wrong

Maybe all the retirement experts have gotten it wrong.

They often sound warnings about how hard the adjustment to retirement will be and how meager savings will mean that this will be a dark, perhaps dire, time of their lives.

Now, along comes the new Merrill Lynch/ Age Wave report from America, Leisure in Retirement: Beyond the Bucket List, showing that retirees are generally having loads of fun in their unstructured life, regardless of their income. The study dubs this newfound freedom “time affluence.” 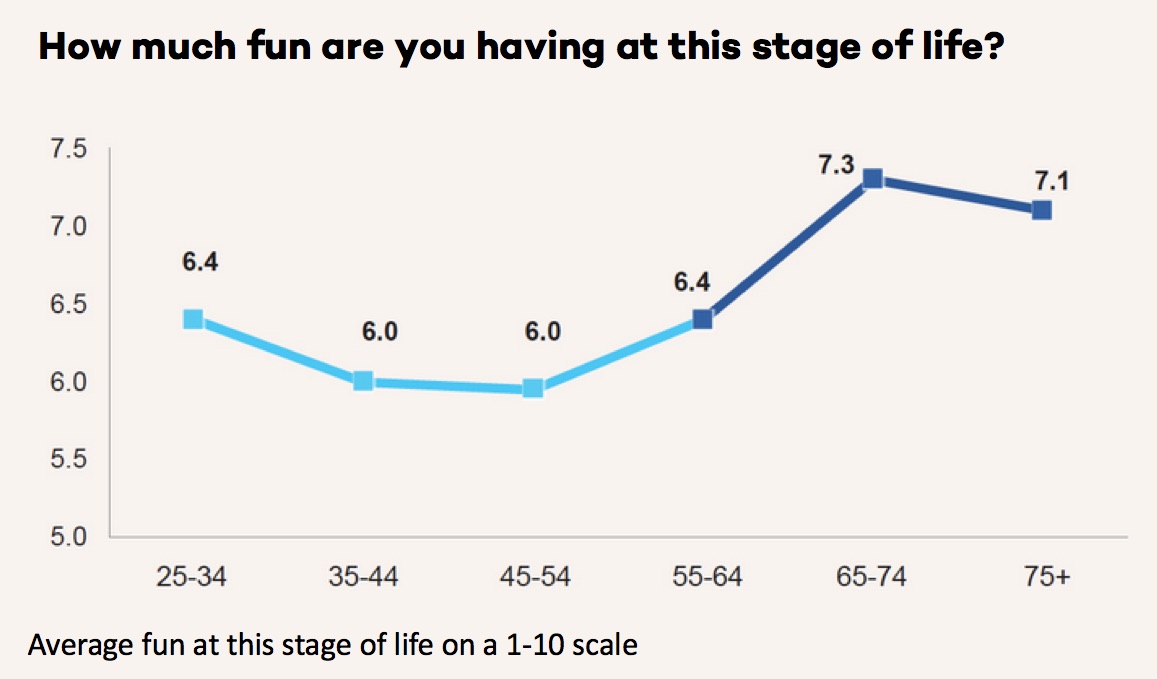 “This report caused me to rethink my own stereotypes more than any other study we’ve done,” its author Ken Dychtwald, CEO of Age Wave, a noted research firm specializing in aging, told me. “People are coming into this time of life not wishing they were still working and productive, but quite the opposite. They’re saying: ‘Finally, I can do what I want, when I want and on my own terms. That’s what I’ve been dreaming of my whole life.’”

New retirees, he added, are musing about all the enjoyable ways they could fill their days. “They’re thinking: ‘Maybe I’ll learn to paint or start to walk around the neighborhood or volunteer or go back to school,’” Dychtwald said.

The research study surveyed 3,712 adults, along with six focus groups. Its overall conclusion: “Leisure in retirement has evolved into an extended period of newfound freedom.” Or, as Dychtwald interpreted the results: “Leisure is not just killing some hours, but a transformation of oneself. And people are experiencing it with gusto.”

Best of all, the retirees said, leisure activities generally aren’t expensive. Health, they note, is a bigger limit on their leisure time than wealth.

“The nice thing about leisure is you don’t have to spend a lot of money on it,” said Dychtwald. “Sometimes the best moments are with your grandchild or watching a beautiful sunrise or playing piano for the first time in your life at age 71.” Also, the report noted, with more freedom to travel, retirees can take advantage of money-saving deals that mere mortals (that is, full-time workers and parents of young kids) can’t.

Among the findings from the retirees surveyed:

And people age 65 to 74 (presumably mostly retired) reported having more fun at this stage in life than any other age group surveyed — the ones having the least fun are those age 35 to 54 (presumably trying to hang on to their jobs, save for retirement and pay for their kids’ college).

In the report, Dychtwald and his team describe four stages of retirement leisure:

Stage 1: Winding Down and Gearing Up (less than five years from retirement) Here, leisure travel is about escape and recharging your batteries.

Stage 2: Liberation & Self Discovery (less than two years into retirement) “It’s almost like a superhero movie. Changing from one identity to another is tough,” said Dychtwald. Nearly half of these recent retirees (47%) felt guilty about not using leisure productively. There’s a peak during this stage in seeking “personal growth, adventure (including biking and hiking) and enjoying trips that offer learning and home sharing.”

Stage 3: Greater Freedom & New Choices (three to 15 years into retirement) Enjoyment of leisure “continues to improve and deepen,” the report said. Spending on leisure travel rises, along with interest in immersive experiences.

Stage 4: Contentment & Accommodation (more than 15 years into retirement) At this point, much of retirees’ leisure time is spent relaxing or connecting with family and friends. “I think what begins to happen in your late 70s is sore hips or fear of skin cancer or you’re caring for your spouse or you’re getting panicked about money,” said Dychtwald. “The frictional elements start to rise up a bit more and you tone down the amount of fun.”

Interestingly, the researchers found, few people are planning for leisure in retirement — not planning what they’ll do, what it’ll cost or how they’ll pay for it.

And this might surprise you:  Only 15% of retirees have a bucket list. “A lot of retirees don’t even like that term,” said Dychtwald. “To them, it’s tied into kicking the bucket and what you’ll do before you die. They don’t want a bucket list; they want to have transcendent moments.”

This article by Richard Elsenberg summarises the research and was published in Forbes in May 2016.